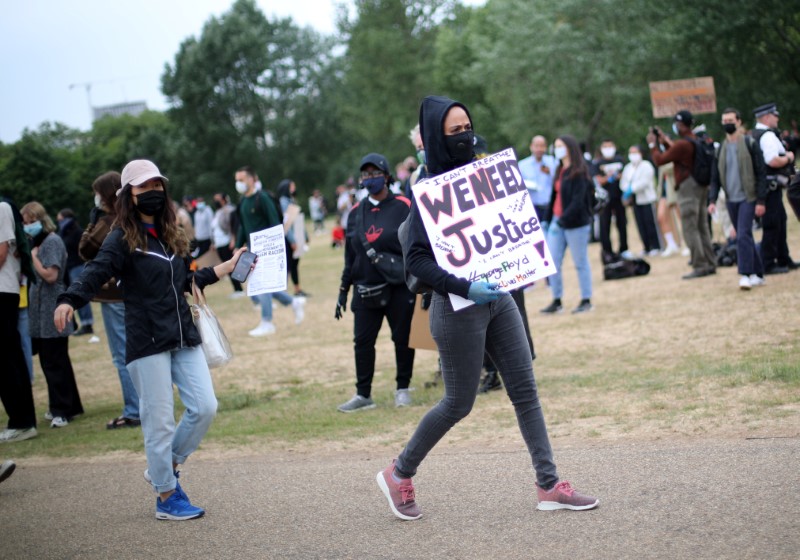 © Reuters. Protest against the death of George Floyd, in London

LONDON (Reuters) – Thousands of people chanting “no justice, no peace” and “black lives matter” gathered in central London on Wednesday to protest after the death of George Floyd in Minneapolis, Reuters reporters said.

Many of the protesters wore red and face masks. Some waved banners with slogans such as: “The UK is not innocent: less racist is still racist” and “Racism is a global issue”. Others chanted “George Floyd” and “Black lives matter”.

Floyd died after a white policeman pinned his neck under a knee for nearly nine minutes in Minneapolis on May 25, reigniting the explosive issue of police brutality against African Americans five months before the November presidential election.