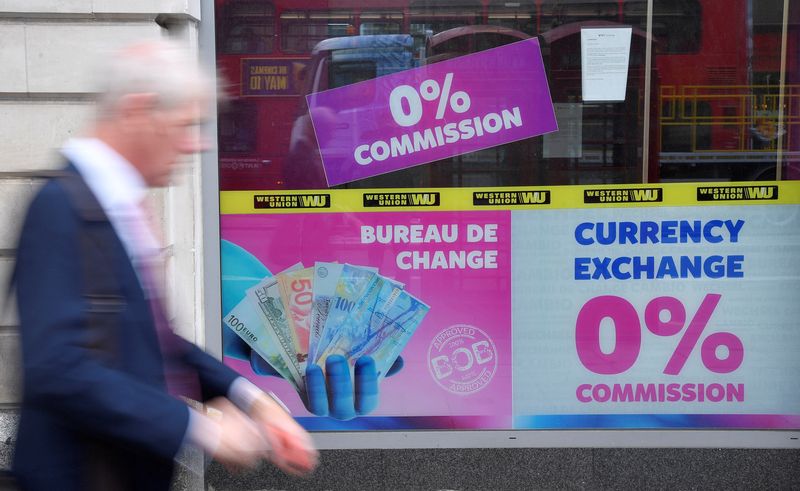 LONDON (Reuters) – The British pound consolidated gains on Friday and was on track to post its biggest weekly rise since October after the Bank of England this week became the first G7 economy to raise interest rates.

Against the U.S. dollar, the pound was flat at $1.3325, staying near a more than three-week high at $1.3376 hit in the aftermath of Thursday’s BoE rate decision. On the week, the pound was up 0.4%, which would be its biggest weekly gain since mid-October if it ends the day at that level.

Britain became the first G7 economy to hike rates since the onset of the pandemic, and the U.S. Federal Reserve this week also signalled plans to tighten policy in 2022, while the European Central Bank only slightly reined in stimulus.

Strong UK retail sales data for November along with inflation jumping to a decade high fuelled expectations that the BoE will raise rates again in February.

“This latest data – strong retail sales and resilient consumer confidence – suggests that the demand side of the UK economy remains robust, even with higher inflation,” HSBC strategists said in a note.

Against the euro, the pound was broadly steady at 85.05 pence.