FOREX FOR BEGINNERS – WHAT IS FOREX?

Here you’ll find forex explained in simple terms. If you’re new to forex trading, we’ll take you through the basics of forex pricing and placing your first forex trades.

‘Forex’ is short for foreign exchange, also known as FX or the currency market. It is the world’s largest form of exchange, trading around $4 trillion every day, and it is open to major institutions and individual investors alike.

Some confusion can arise as the price of one currency is always, of course, determined in another currency. For instance, the price of one British pound could be measured as, say, two US dollars, if the exchange rate between GBP and USD is 2 exactly.

In forex trading terms this value for the British pound would be represented as a price of 2.0000 for the forex pair GBP/USD. Currencies are grouped into pairs to show the exchange rate between the two currencies; in other words, the price of the first currency in the second currency.

Some commonly traded forex pairs (known as ‘major’ pairs) are EUR/USD, USD/JPY and EUR/GBP, but it is also possible to trade many minor currencies (also known as ‘exotics’) such as the Mexican peso (MXN), the Polish zloty (PLN) or the Norwegian krone (NOK). As these currencies are not so frequently traded the market is less liquid and so the trading spread may be wider.

When buying, the spread always reflects the price for buying the first currency of the forex pair with the second. So an offer price of 1.3000 for EUR/USD means that it will cost you $1.30 to buy €1. You would buy if you think that the price of the euro against the dollar is going to rise, that is, if you think you will later be able to sell your €1 for more than $1.30.

When selling, the spread gives you the price for selling the first currency for the second. So a bid price of 1.3000 for EUR/USD means that you can sell €1 for $1.30. You would sell if you think that the price of the euro is going to fall against the dollar, so you can buy back your €1 for less than the $1.30 you originally paid for it.

Intertrader provides two different vehicles for trading forex: spread betting and CFDs. Both of these products allow you to speculate on the movements of currency markets without making a physical trade, but they operate in slightly different ways.

With spread betting you stake a certain amount (in your account currency) per pip movement in the price of the forex pair. So for instance you might buy (or sell) £10 per pip on USD/JPY, to make £10 for every pip the US dollar rises (or falls) against the Japanese yen. Forex traders have been using spread betting to capitalise on short-term movements for many years now. Find out more about spread betting.

With CFDs you buy or sell contracts representing a given size of trade. So you might decide to buy 1 contract of GBP/USD, which (with Intertrader) represents a trade of £10,000. Your profit or loss is calculated in the second currency, in this case US dollars, and then converted (if necessary) into your account currency. Find out more about CFDs.

Either way you don’t have to provide the full currency value to open your position. Instead you put down a margin deposit, which is a fraction of the full value. And you don’t actually buy or sell any currency: you are opening a speculative position on the change in value of the forex pair. Your profit or loss is realised when you close your position by selling or buying. 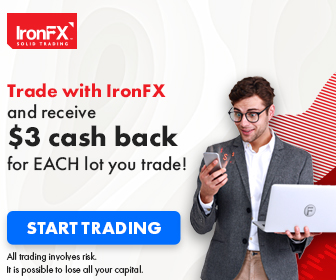